What cheered me up today

This morning I was greatly cheered up by looking into the back garden over my coffee and seeing a Salamander shower pump.

This cheered me up because yesterday I replaced it with one that works, doesn’t sulk and is happy to provide showers on both floors.

Feeling happy about this I decided the dead one needed a proper post mortem.

I found many reasons why it no longer worked, eating part of a bearing casing probably didn’t help and a blocked pipe into the air reservoir stopped it detecting flow to the top floor.

All that remains is a pot of shiny stainless steel bolts and screws and the coppery bit of the armature.

The rest is in the dishwasher of much smoke which goes to the recycling centre when it’s full.

I’m keeping all the copper lumps, copper will go up in value when all cars are electric.

kind of puts to shame my short commute to Belfast tomorrow

LOL… I’ll have to count up my visa stamps bit I reckon I’ve past the 25 mark for trips to Thailand now!!!

Today I was greatly cheered up (surprised in equal measure) to report the Bus Of Minor Breakdowns sailed(*) through yet another MOT!

Not bad for 179,000 miles, almost 100,000 miles having been nowhere near Hartwells.
No idea what an annual service there costs now but 12 years ago it was £400 excluding the brakes.

Thank you Hartwells for annoying me enough me to tell you to Thank Off!

I activated my CV on a couple of sites last week.
Its quite a lengthy document as I have mucked about with many things for money over the years.

In a Liam Neeson voice “I have a particular set of skills…” is my phrase for the day.
This set of skills has triggered a group of recruiters get on the phone.

Just about every call today has been from someone with a heavy accent, mostly from mobiles with poor coverage or wobbly VOIP phones.
One even launched straight into a telephone interview “to save time and fast track the next step”

The funny part is, they are all chasing the same vacancy and trying to put me in it.
Which would be handy unless it was with a company I have no intention of working for…

In this modern age of cloud, containers, even serverless computing it is quite easy to overlook the core principles that begin with the bootloader stage.

When a compute farm has been racked and cabled inside an impenetrable array of firewalls, tripwires and IDS all rigidly constrained by change control that would be outrun by a Glacier imagine how much I laughed when it came to building the core server farm.
This mirth came from the fact not a single machine has a DVD drive, Flash drives are a disciplinary offence and the chosen install method is “Over the network”
Might be handy if the install server was inside the ring of virtual steel then ?
Nope, everything inside the wall is bare metal, and neither use nor ornament save the slowly blinking lights.

An early morning trip to the dentist in the cold and damp doesn’t sound like is has much scope for being cheery.

Slippery roads and a longer spell on the fuel rich warm up cycle meant the Bangbus is a fiesty scrabble wagon, its probably low tyre pressures due to cold but it was fun to have it fighting for traction in second for a change and make better progress up the road.

My new dentist wasnt a miserable old scrote with a runny nose which was a welcome improvement and when I left I couldnt resist asking
“So you are not going to tell me to stop drinking coffee and red wine?”

She replied “Try sweeteners instead of sugar and have cheese after the wine, it neutralises the acids”

So bring on the cheese!

PMM may be able to get you a deal on the cheese !

I have been scouring the house for some time looking for a key, today I gave up and paid for another key.

In my mind it was one of these keys 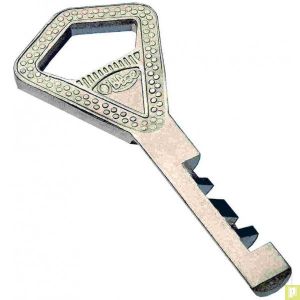 In reality it was just a standard Yale key and I was looking for something completely irrelevant.

So today I am cheered up my my evident path towards being a Giffer and having a key to get at Tigger.

All I need to do now is remember where all the engine bits in the back of Tigger came from in the engine bay, this could end badly.

Today I was driving along with a silly grin after a bit of enforced spanner time.
The fleet at TFW towers is on the whole quite poorly but Today I reduced the waiting list by one.

There is a Z3 three, in principle it is Hollys car but due to a less than trivial spinal issue she hasn’t been able to drive it for a while.
As more of my top quality transportation has shuddered to a halt I have been using the Z3 to get to work.

Then it broke.
Crickley Hill took two hours of Hill starts one day due to a broken down Fiesta at the top of the hill
The Z3 ran quite hot and threw out a spark plug the next day so I fixed it with a superb spark plug thread repair kit, only for the spiteful little bastard to decide a seized front caliper would improve my day

Two new front calipers later it works again and the braking difference is astounding, its not a fast car as such but it is very engaging to drive and now it stops like a very stoppy thing.

The trouble with buying a used car, especially an old one is you can easily think that if everything works and it passes an MOT then this is how it should perform.

Next choice is fix the Galaxy Bang bus and try and sell it or fit the ZS clutch and see if I really can shake out a filling over potholes.

What cheered me up today, well 2 days ago

A paused video of a government briefing cheered me up today.
I found this days later skimming through my tabs. 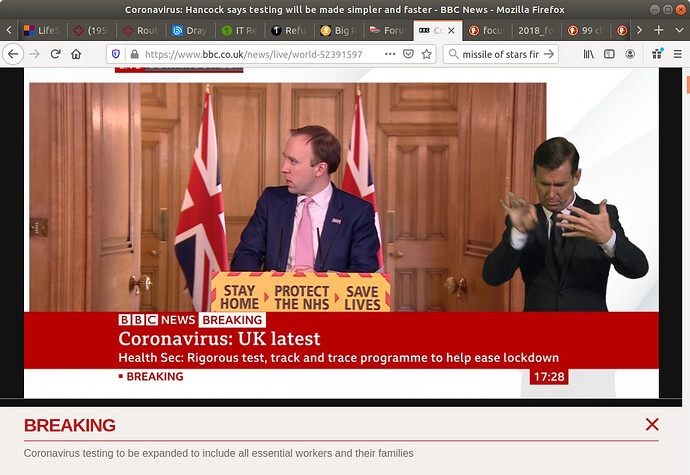 Can you hear that ?

Ahhhhhhhh, the sound of NO CHILDREN anywhere in the house!

Is this a secret campaign by the Linux movement to influence people returning to work ?