As above, just celebrated my 15th anniversary since I was inducted into the TPR fold by Riddlermarc, sadly missed.

Will still post here as long as there are people visiting the site. Be nice to have a role call to see who is still around and a Rogues Gallery of current pics. Here’s me in my favourite game T-shirt

Still lurking. Finding a photo might be a bit of a challenge, recent or otherwise…

Had done some random posts in past but feels like talking to myself with the level of activity here.

While here, anyone seen Intel 900p in stock in UK yet? Debating dropping the estimated £400 or so just so one game loads a predicted 30% faster than regular SSD. #firstworldproblems

Crunching doesn’t feel the same as it used to. I’m only really active in one project (PrimeGrid).

Mining might also be a passing fad, although ongoing rumours of its death have proven false so far in the current era of GPU mining. Running my laptop 970M (roughly equivalent to desktop 960) I’m estimating about US$0.70/day from nicehash, which is enough to cover the leccy costs but what’s left isn’t much to talk of. Even throwing on more higher end GPUs doesn’t really shift it much, although the extra heating isn’t unwelcome recently.

Esports - anyone into that? I tried LoL for a day but can’t see myself in that longer term. What else is there? I hear StarCraft II is going free to play soon, so I should catch up on that. More interested in solo campaign than competitive though.

I recently got my feet wet with competitive OC at Hwbot, but that might be a niche too far…

Oh, some 900p stock is in UK now, hope to get it for the weekend to give it a good benching. I did have delusions of becoming a tech 'tuber for a while but quickly realised it is a full time job to do at any quality level… haven’t quit the day job, yet.

Still here crunching away. Mining isn’t my cup of tea as I’m more for science than anything. Still semi-retired here in the states. I work about 8 hours a week for a few clients and keeping the programming skills still in the mind. The TPR site is well much of a ghost town it seems as crunching is fading away and well not like the old days for sure. I’ve toyed with just turning things down of late so maybe one day I’ll go cold turkey on crunching and just save the electric and use the savings to maybe purchase a newer laptop. Waiting on the new APU from AMD that looks nice…well back to life of a old geek.

Overwatch league could be massive in esports, and I hope so as my son is playing in a professional team. He is earning from it as well, I had to dig out some photos of the carrying of CRT and base units to the TPR Lans to show him and his team when they came home with 1st at I61 https://twitter.com/MnMGamingUK/status/901868268721451008

Still lurking, not crunching, ran seti on raspberry pi 3 for a while, lol had to case it and add a fan, thats gone now too.

Anyone want to buy a Ford Galaxy ?
Some of it still works, much of it doesnt.

So there I am, busy doing nothing of any interest, getting bored of the usual games :sigh:

Decided to give Eve Online a shot . . seeing as it’s free to play now

and then thought to myself “I reckon some of the guys used to play that, why don’t you go look on the old forum and see what’s what”

so after getting the log in details here wrong (twice) I find that I arrived in time for a reunion :tiphat:

oh, got an email from Sarge a while ago, but I don’t do facebook

Mr Bilko popped up on my LinkedIn a week or so ago, he has apparently managed to slack off for three years in one place.
And in answer to your question Bilko, I am no taller than I used to be unless you include when horizontal, I used to think middle aged spread was something old people put on toast.

I reckon we should all head for a beer near DTs for Christmas.

Has the sugar club been shutdown yet ?

Planning permission was put to the council that raised more than a few eyebrows http://www.getreading.co.uk/news/reading-berkshire-news/plans-turn-reading-town-centre-13703935

maybe book this for a laugh in the new year? http://www.quantumwebcafe.co.uk/

[QUOTE=wolram;468093]So there I am, busy doing nothing of any interest, getting bored of the usual games :sigh:

Decided to give Eve Online a shot . . seeing as it’s free to play now

and then thought to myself “I reckon some of the guys used to play that, why don’t you go look on the old forum and see what’s what”

so after getting the log in details here wrong (twice) I find that I arrived in time for a reunion :tiphat:

oh, got an email from Sarge a while ago, but I don’t do facebook :p[/QUOTE]

I searched and found a couple of potential links to TPR on there, but I’m just playing the casual game so far and Scream seemed to be in Professional mode

That Quantum (no relation to the new firefox) cafe looks smart, probably not as good as Mojo’s as there’s no mention on there of fireworks and quad bike racing grins at TFW :chuckle:

I’ve walked past many a time, but have never been in there :lol: Why would I with my rig and setup

I think it’s worth asking how much though - just not going to let FunnyAstro know when the date is, no fair

just around the corner from Quantum lan cafe - and we heave the evening entertainment :lol: 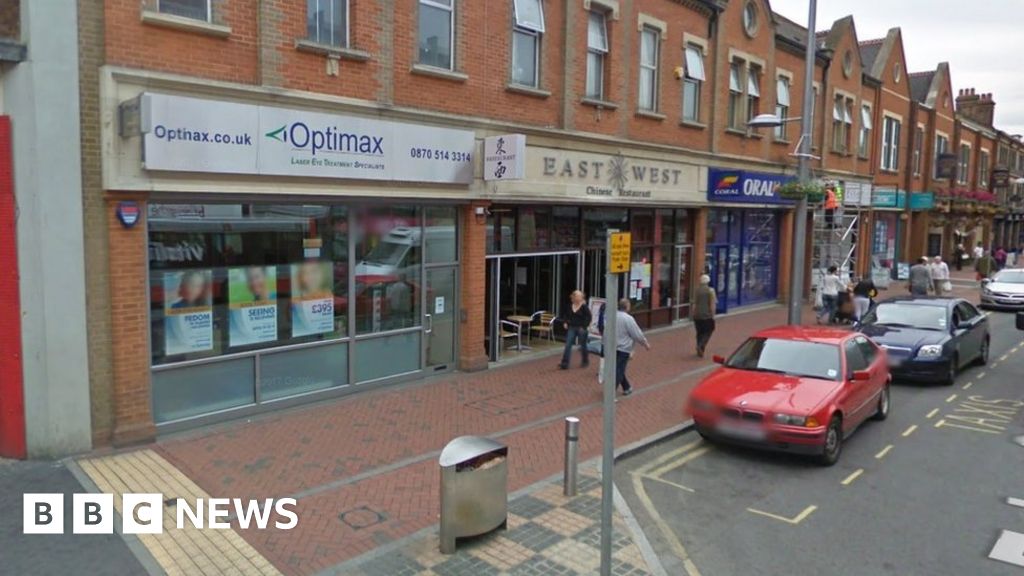 Strip club to open near nursery

Is this a place for the bigger boned pole dancer ?