What (if any) games are people into now . . and PC or Console?
I’m strictly PC, I used to like FPS games . . Stalker series, F.E.A.R. all 3 of the Bioshock, Farcry (up to 4), etc etc. all of them single player as I lack the reflexes for online play.
Used to love DAYZ years ago (the ARMA version not standalone) but the player count on servers dried up.
Currently dabbling with Red Dead 2 again, but the controls for PC are a pain, contemplating giving Watchdogs 1 & 2 another go. Played a few of those puzzle/escape room type games but inevitably end up going online to find the answers to stuff I’m too thick to work out . . which tends to be most of the time.

Play EVE occasionally but only as a non paying player and really just to pass an hour or so. Also got myself back into that silly tank game WOT . . yet another like EVE that spams you begging for cash lol.

Quite a few games I fancy trying, but the GFX requirements are getting stupid for newer games and begs the question “£600 for a new GFX card or £600 for a PS5 and future proof”

oh, I also dabble with Football Manager every now and then, that usually ends up with me sacking most of the players then getting sacked myself

Don’t really bother with MMO’s any more, it aint the same without the gang, not that I’m expecting everyone to suddenly start playing one, it all seems so . . old now.

In short, pretty much none apart from disposable phone games.

I had a go with Call Of duty on the PS4 a while ago and found the control option to invert the look up look down was either missing or just did weird shit.
Either way I just got killed a lot and it went back in the cupboard.
Same for the PS4 VR set, used for a month by the kids and gathering dust ever since.

I think they tried too hard to make the VR experience involve head movement when I have eyeballs that swivel, it was like looking through a periscope and my knackered eyes made everything blurry.

One of the PS4’s is missing somewhere in the summerhouse, it got confiscated because youngest son got one too many detentions for missed homework and I cannot remember where I hid it.
The other is used solely for plying DVD’s (Remember them?)

So No, I won’t be joining in any games of Cunterstrike at the Highwayman.

I have been playing Counter-Strike, Left 4 Dead, Team Fortress 2, Back 4 Blood with my son, again I’m not much good at them but we only played multiplayer games with bots.

I’ve got a PS5, mainly using it as a media centre which it’s not great at. Steam Deck gets most of my playtime, otherwise PC.

With some Doom64 for good measure.

Walkabout mini golf on the quest
Breath of the wild on switch
I have a ps5 …. Errm yup

And a smattering of mobile games

Darktide currently is my tick but jumped back into UT99 / UT2K4 but really will bounce between most games.

PC games: Genshin Impact and FFXIV are my main two, although I feel like I’m going off the latter after some 7 years. Cities Skylines on and off depending on my mood.
Mobile: Azur Lane, Pokemon Go

I managed to get a PS5 but have yet to find any games I actually want on it that I can’t already get on PC for cheaper, and plays better on PC. Latest Gran Turismo looks better than ever, but they ruined it with microtransaction grind tuning. A mid range GPU for PC might cost as much as a PS5 but so many more options on PC. PS5 might make some sense if you like the games on the subscription package, but PC has Xbox Game Pass as parallel.

Have any of you gone deeper into Unreal ?

£400/Day for an unreal developer 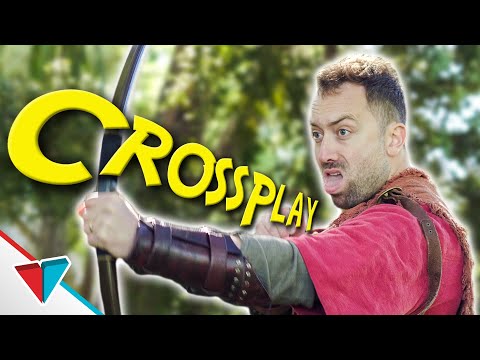