Upgraded to a new 8-core system.

Went with the Aries memory because it’s low profile. My Ripjaws won’t fit under the heatsink. The heatsink overlaps two DIMM slots, so you have to use 40mm or lower profile memory. No loss though… the Aries is plenty fast. Zalman heatsink is one of the top rated, and it’s living up to it. Idle temps on a CPU known to run hot are 15~20C. With all 8 cores at 100% I’ve hit 35C. For comparison, my 965BE idled at 38C and went up to 48C at 21C room temperature.

Just a few shots of the system:

Before heatsink. Memory and CPU installed. Heatsink brackets are custom for the Zalman. 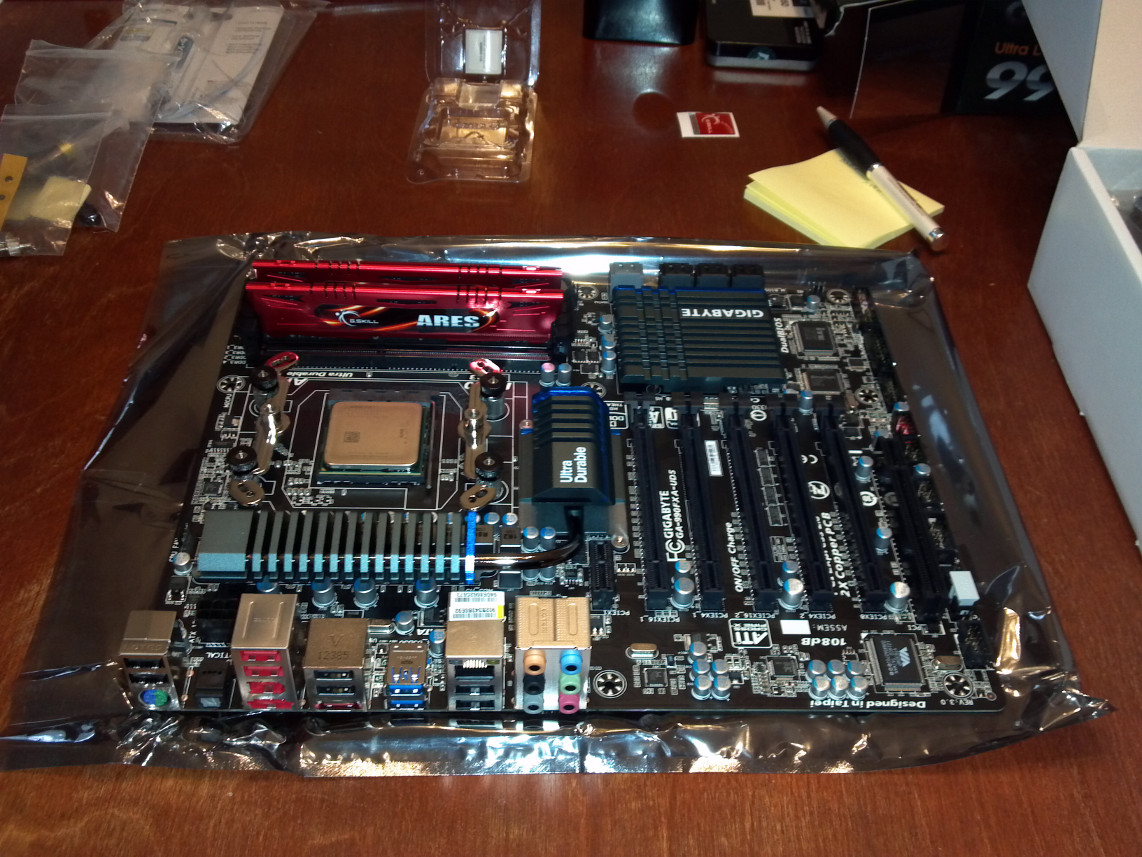 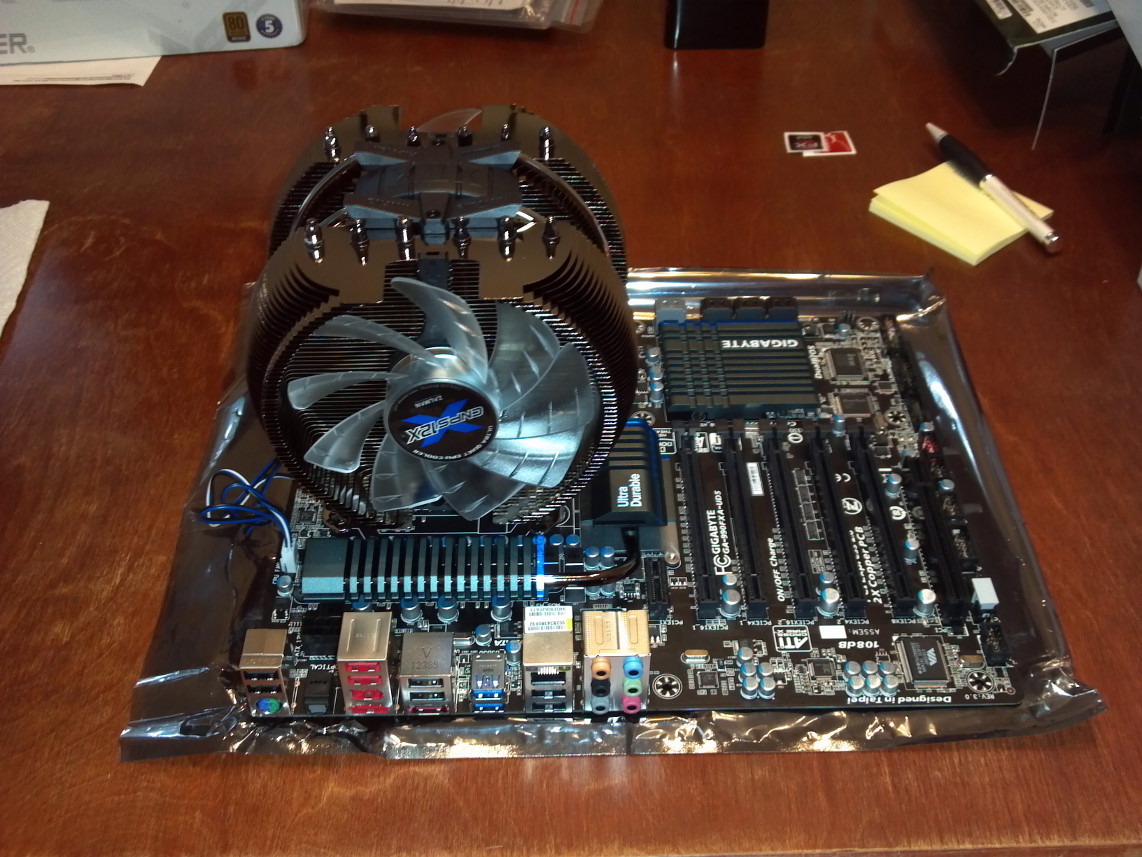 Let’s hear it for low profile memory. In this shot, the heatsink fins are actually over the module in the back. 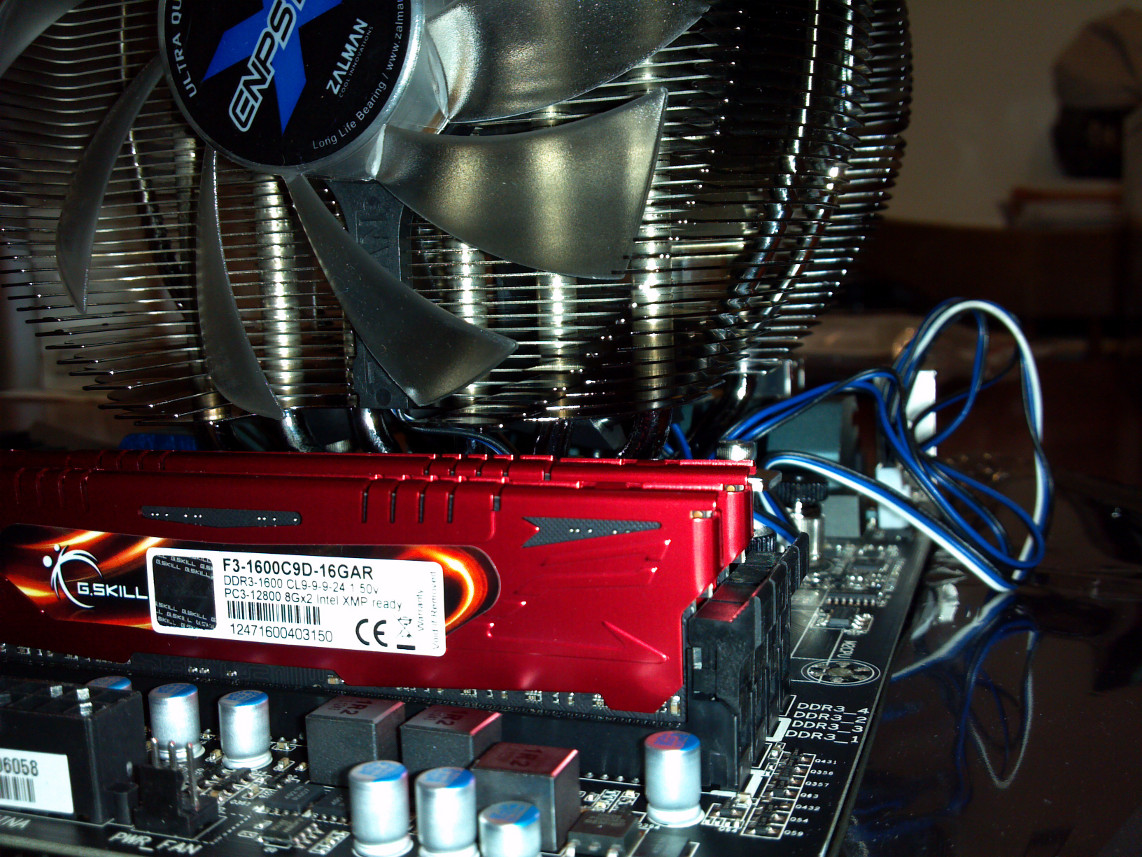 That IS a monster cooler Egad :eek: Nice looking set up though Egad. Be nice to see what sort of BOINC numbers it pushes out though. Let us know when you have some stats on the new rig. What case is that cooler in? It must be pretty deep to accommodate it surely?

Case is an Antec 900 full tower. The top of the heatsink clears the side panel by about 6mm, possibly less. BOINC stats will take a while to start building history I can use. Since I didn’t reinstall the OS, all of my GPUGRID credits transferred over to the new CPU for an overnight 8.6 million. I should have some real numbers in a few days.