I’ve had two Suzuki Swift GLX AWD’s in the past, there are now only three in the UK.
Oddly there are 25 Austin Ambassadors still in existence, I really do wonder how.
Ford Cortinas fare rather better although the most likely one to be seen on the road is a 1966 model.

Why not plumb in some of your old motors and see if any survived the scrappage scheme?

There are still 148 Escort popular’s from 1988 shuddering around Englands roads, some of these may be the 1600 normally aspirated diesel.
Every single one should be hunted down, just in case.
They will be easy to spot, not many cars are overtaken by cyclists (check its not a G-Wiz though).

Mine got scrapped many years ago 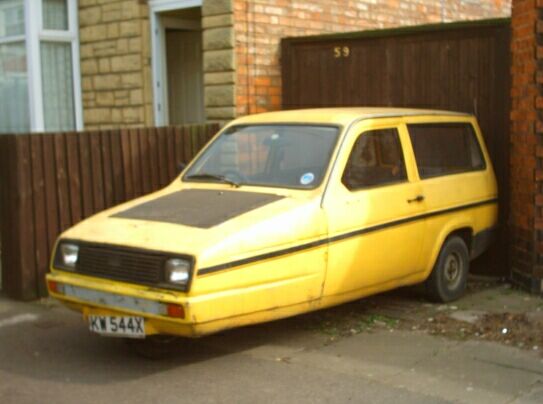 My first car was an '88 Polo Coupe. Not 100% sure on the model name but it didn’t have modifiers so assuming the one listed on the website is the right one, there’s apparently 120 left somewhere. I don’t even see Golf GTi’s from that era often any more… possibly further complicated I think they did a 1L and 1.3L, but dunno if they were differentiated by name. I had the 1L, which was a lesson in momentum conservation…

My old Volvo S40 is only one of 1383 still standing according to the site.

Mine ain’t a garage queen, it gets used and abused every day!!! :driving: