Well I know its because of idiots like me who up and left, but what can we do to make this place shine again like it deserves too.

( Hey DT this is where you step in and make some suggestions.)

It’s very hard to get people back after they’ve tasted the fun you can have with the likes of Facebook. I admit I spend a fair chunk of time on the FB boards chatting with various groups and gaming fraternities even for an old geezer like me :). Not sure what could help.

I still stick my head around the door every now and then ( Hi Heidi ) but it doesn’t seem right somehow now that I stopped crunching because pension levels of income restrict the ability to pay for big electricity bills that a few hours of overtime used to. I might start doing a bit of SETI on my tablet when they sort out the problems with Android 5.0…

didn’t someone once say, “We came to crunch we stay for TPR”

Personally, I just don’t seem to find the time with all the other various things for work and life - I have a number of TPR people on Facebook that I tend to look at a couple of times a month, Step2000 and Damski mainly, although I do spot the occasional update from Curly as well. Heck now I think about it, half the people on my Facebook are from here :lol:

BOINC kinda went into overdrive with a gazillion projects, the profiteering usage of the data and crunching seems questionable in some projects although it’s starting to thin back down now.

As for spicing up here, vbulletin doesn’t seem to have moved on much really either - so all these new things people like on new sites just aren’t the same when brought into a forum.

I’m open to all ideas to spruce, give the ol`girl a kick up the jacksy

I’m still here but I think we all just keep getting busy with other things, life. I think we have only maybe 10% of people really crunching away now. Now for hanging out I check in weekly and poke people a little but even that is harder when we all just seem to have drifted into other things…family…life…old age, LOL!

I just steadily crunch on Seti and Rosetta, work for myself so do not find much time to chat.

A lot of the stuff we used to do isnt going to happen any more, I doubt Mojo will ever buy another pub and West African banger rallies are a bit too kidnappy at the moment.

I found enough bits to build another Spud-Gun, but these days you would probably end up on the wrong end of a tactical response unit and I’m probably allergic to tazers (or worse)

I do a bit of folding every now and then, it usually follows a project that pays the bills, then I can justify letting the balance of 60 days ESX licence trial run on the test boxes and the electric is paid for too.

found myself a new little hobby - RC cars are fun, got a couple of boring electric ones and one running, one reference nitro 1/8th monster trucks that could break legs

Going to smack in a google hunter now, I’ve converted my MTA4 S28 gearbox into the sturdier MTA4/MGT S50 box with metal 1st and 2nd gears rather than the nylon ones that the engine can tear apart if you run lean for more power.

DT — RC is great I have 5 or more units. I have a back yard flyer which is fun and a little speed boat all electric. Got started because the kids liked it on our RV vacations (they liked to run it up and down RV park and watch old people smile). The one thing is it’s like anything…start- spend lots…and then kids grow old and now I have money in toys I get to take out when I’m bored …which isn’t often enough. I’ll drag them out maybe this summer and show you the collection. I have one that runs about 35 Mph and passes the cars on our street—always fun to watch the people as they get passed by a RC car.

We may all be getting a little long in the tooth (those who still have any) and we’re certainly not as excitable as we used to be, but TPR will be here a while longer yet . . .

. . . nobody else will change that damn light bulb 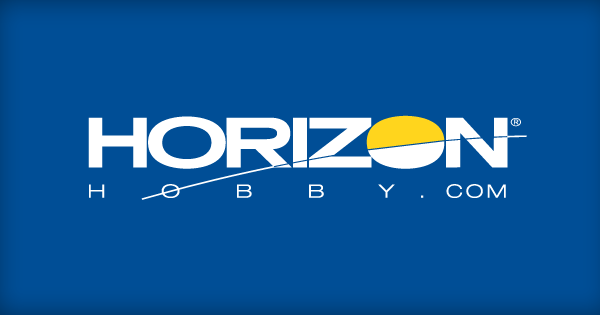 Those are my three, looking at the HPI Q32 for the office to mess about, with ofc - a USB charger :lol:

I know Speedo has a couple of trucks as well, I’m thinking of getting the new Tamya Hornet build kit as a little project - although RTR is fun out the box, I kinda enjoy the building part - and having busted my s28 gearbox twice (hence the upgrade to a s50 metal gear) and also having fitted metal gearins in the ruckus - the engineering side of putting these thing together and tweaking them has got me hooked. The MTA4 needs some serious toe&camber adjustments to take a corner at full whack, too much sidewall movement in the tyres, massively offset by the fact the reason for that is so it can cope with a 2m drop off a ramp with ease

It’s very hard to get people back after they’ve tasted the fun you can have with the likes of Facebook. I admit I spend a fair chunk of time on the FB boards chatting with various groups and gaming fraternities even for an old geezer like me :). Not sure what could help.

I’ve heard of it, this years Compuserve/Yahoo/BeBo/MSN/MySpace ?
When something comes along to replace FB maybe thats the bandwagon to be on.

I thought I was the only person in the Galaxy without a facebook account, maybe there are more of us hiding in the shadows.

perhaps we can form a group of like minded individuals using my new social app ‘buggroff’ . . . . or perhaps not

I thought I was a late starter on FB and only signed up on it about a couple years ago. It has its uses and might be one to stick it out longer term. As with most things, it depends if other people use it and it turns out most of my family and friends do.

I find mine use the phone as well, but there comes a point when every conversation on the phone starts with “did you see the picture I put on Facebook” or “put up a picture on Facebook” - gets a little wearing.

We should start a facebook status thread here, TPR would be busier if people posted here about inane shite, oh wait, we’ve been doing that for years

We could all start playing SP2 again

I still lurk around, but just remembered to actually log in for the first time in ages last night

oh yeah… after announcing baby number one… she’s now SIX! second one popped out and is now THREE! and just because i couldnt keep it in my pants… number THREE is due May 23rd :lol:

[QUOTE=Gizmo;466921]I still lurk around, but just remembered to actually log in for the first time in ages last night

oh yeah… after announcing baby number one… she’s now SIX! second one popped out and is now THREE! and just because i couldnt keep it in my pants… number THREE is due May 23rd :lol:[/QUOTE]

I figured out what causes that, I got a bigger TV, problem solved.