Its a part number for a nearly new monitor that didn’t survive a Nerf bullet.
I just wanted to see how long it takes for google and the rest to find it.

Due to my superior skills in buying things that are difficult to fix this part is not available anywhere.

Good Friday annoyed me all day and continues to do so.

However I learned two things

2 - an Airbag does NOT break your glasses! - This was better news than expected

Re: the second point, Pipe Smokers would not fare well but they are already all dead I think.

Have you checked AliExpress?

Something in the clutch area making a racket, just after dealing with the 2nd puncture in as many weeks…these things come in threes right ?

I did but didnt find a single one that matched, 1Ms IPS panel.

Aliexpress gives me the fear, I have doubts over the stuff arriving and given the variety of wrong things out there the scope for the item to be useless to me stopped any progress down that road.

A bigger monitor turned up on Amazon with the same specs for less than the broken one so the owner of the nerf gun paid for the bigger screen instead of mucking about repairing it only to find the driver board has shat itself in protest.

I’ve ordered 2 things off Aliexpress and I’d use them again as a supplier of last resort… My first order was for a set of suitcase wheels that were basically unobtanium from anybody else on this planet… Placed an order for a set of 4 wheels. Was able to track the package throughout it’s journey which took nearly a month. On arrival there was only 3 in the box but after firing off an email to the seller another one was sent and arrived in half the time.

I’ve used them for a work purchase for some tech, the devices were riddled with spyware! 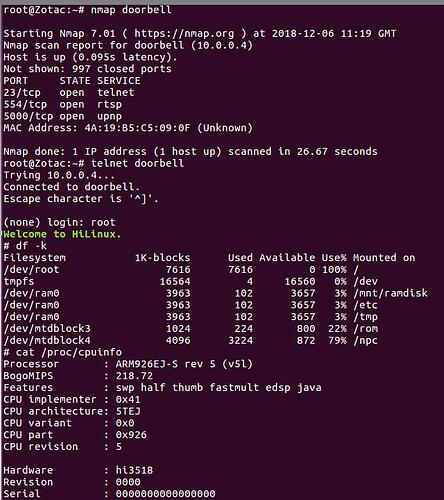 I can see no problem at all with a home device that has root access on good old fashioned telnet with no actual password.
It has WiFi as well but that doesnt get a mention, the device was gathering SSID’s in a file.
Presumably to find its home wi-fi and have a poke around all of your neighbours networks too.

Just wait until Amazon enables “Sidewalk” on everything…
Oh wait Every Alexa is capable of supporting skynet, errmm I mean SIDEWALK, Skynet is the evil one, I think.

Best to run a quick scan… 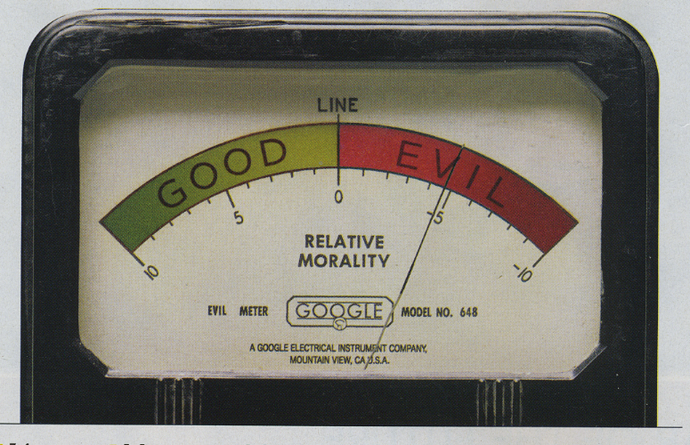 Yes, Yes I know, first world problems and all that but, my Baracuda Zodiac Genius 3000 pool cleaner has expired, kicked the bucket, is pining for the Ffjords and all that.

Now I read that, I should have been locked up, but hey Who Dares WINS!

It has lasted more than twenty years.
Some spares were added but the actual frame has given up, there is no “Triggers Broom” option here and to mis-quote Scotty “Its Dead Jim”

Juggy has the Audacity to move country without arranging a full set of contraband so now I need some shonky Chinese-copy to do half the job for a quarter of the time. 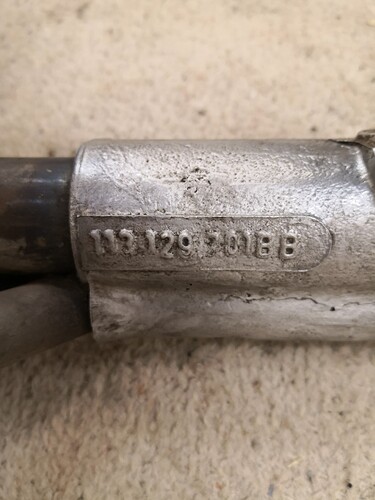 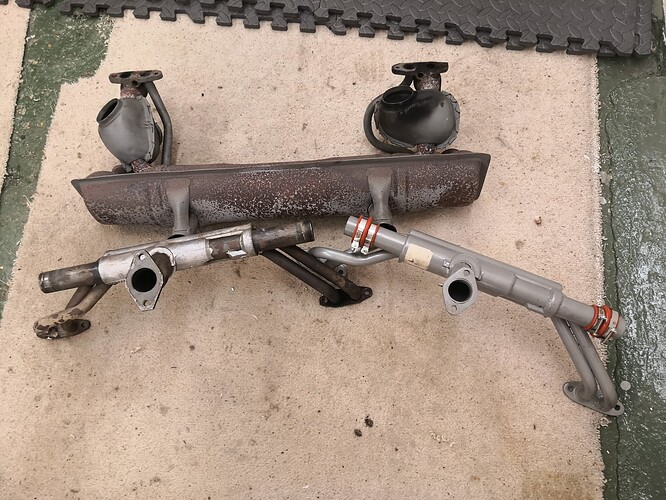 The pipes in the old one are blocked and it’s blown a hole, so a lot of carb cleaner sitting in them at the moment for an overnight soak. The difference is subtle, but enough to make life interesting

If you need a plan B… an exit strategy…

A little bit of reading in to the subject of the previously unknown PICT carb and I doff my bloody cap to you good sir.

This is one of many collective ramblings from a grey-beard VW enthusiast.
After his experience of THIRTY SEVEN years there are still unknown permutations of Carbs, Distributor, 6v/12v versions of things that will conspire to make your life difficult.

Digging into the archives here at 1967beetle.com, it's time to shine a timing light on this fantastic 30 PICT 1 article, as we all know is the correct

Here is one for the Google Plankton to munch on 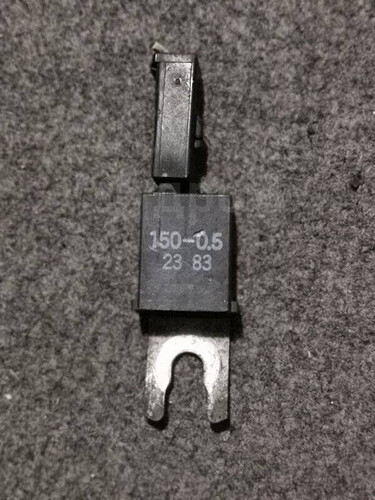 99% of the time the cooling fans spin up when the ignition goes on but, when Mars is in alignment with Uranus, the fans stay off.
I have no idea what this thing does but it is bolted to the outside of the thermostat housing so grounded at the big spade end and showing a resistance of 2MΩ so essentially open circuit.

It may be a 150’C alarm sensor, “Last chance to switch it off before it stops rotating”

Progress is being made, the carb cleaner will now go through the pipe, so there’s at least some flow. A old speedo cable on the end of the drill is apparently the go to pipe cleaner, so that’s tonights fun although with the amount of dumped carb cleaner face protection may be worn!

WAMT
should be just arriving in Amsterdam for a short break - RMT union says I don’t need to be doing that, entire trip cancelled - impossible Eurostar customer service, no contact from them since trying to get in touch after they told me the train was cancelled.

Fun part - the train isn’t cancelled, just not stopping in Amsterdam so the online systems won’t allow a refund request. Only a voucher, the same thing happened in April 2019 which is why we spent the money on a hotel for Amsterdam so we didn’t lose the cash.

What the Lovely French populace not bending over backwards to help you ? 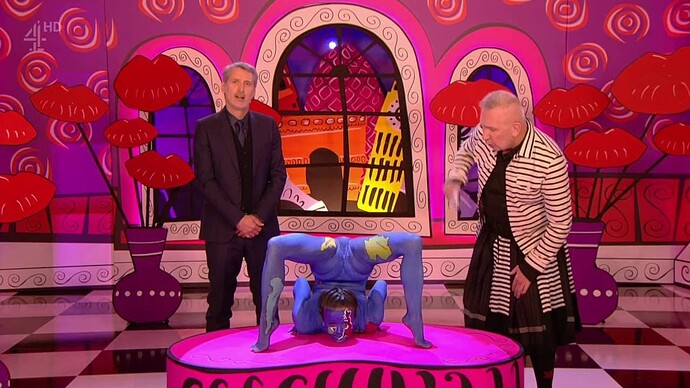 Today I was annoyed by darkness and silence.
The only things making any attempt to change this were two laptops, twirling their fans quietly and dimming their displays…

Because the power has gone off

Oddly the LED lights had stayed on, what Witchcraft is this ?
About 160v AC of Witchcraft.

Right, mobile phone, report fault and enter number for SMS updates.
I get as far as wandering into the kitchen to glare at the coffee machine which does not accept 162v as actual power when I get a call back…

SSE: Hi - you reported a fault
Me: Yes - low voltage 150 to 175 volts AC
SSE: Have you checked with your neighbours to see if they have power
Me: No need, all the alarms I can hear have been triggered by a power cut
SSE: Have you checked your RCD breakers
Me: Yes all on , no trips
SSE: I am going to schedule an engineer visit, this is a localised fault as nobody else has reported an issue
Me: It isn’t
SSE: Can you go and ask your neighbours if they have power
Me: If your status page has a refresh button, give that a go
SSE: Oh my, its lit up like a Christmas tree.
at this point he wants to storm the tickets, SLA is possibly on his mind,

So I have a ramble about smart meters and how they could help out with reporting faults.
At this point the fault page now shows 49 affected post codes and Mr SSE wants to get me off the phone.

I shouldn’t make life difficult for people but telling me the fault is just me, I’ll need an engineer and internal wiring faults are chargeable kind of pushed my buttons.

My parting shot was "The meter display is blank, it appears to have given up capturing usage but many things with autoranging PSU’s are still pulling current so at the moment I am getting free electricity, I had better let you go attend to your calls while I go and charge up all my power tools for free.

Technology was the start of my annoyance a couple of weeks ago.
I need to access some systems and documentation to do “Some Stuff”

Not in the least cutting edge in any way, the stuff is secured and a grown up needs to let me have at it.

There are times I feel like Victor Meldrew knew my mum, this makes me a bit queasy.

I dropped a spanner today, ordinarily, unless I dropped it on me or down a hole to be lost forever this would not be a problem.

Today it did done THIS! 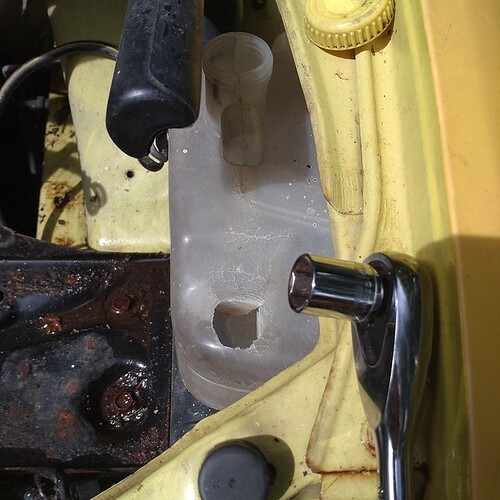 EDIT: Now the new fuel pump has thrown its hand in as well